Since 2016, Dingli’s European R&D Center has adopted the concept of modular design and developed 14 new boom series successively, including 7 engine series first released and 7 electric series developed on the same platform and launched this year.

After four years, Dingli heavy-loading (454kg) boom series has become a "dark horse" in the industry after localized "transformation", and its figure is all over the world.
On June 8, 6 engine series with large load (454kg) boom lifts (24m / 26m / 28m / 30m telescopic boom lifts, 24m / 28m articulating boom lifts) officially set off for Italy wearing "Magni Red".
In the near future, they will officially serve as escorts for overseas aerial working staffs! 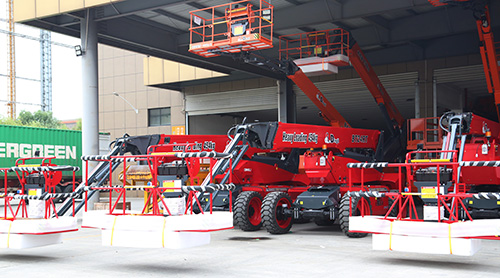 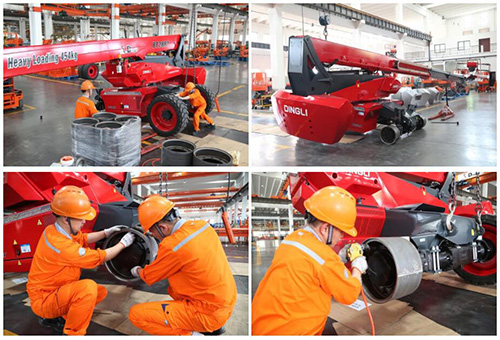 The working height of the Dingli’s boom series covers 24.3-30.3 meters with a maximum load of 454kg.
In line with the principle of serving customers, the whole series attaches great importance to transportation at the beginning of the design.
At present, in the same type of boom lifts in the industry, only Dingli’s 30 meters telescopic boom lifts and 28 meters articulating boom lifts are suitable for container transport! 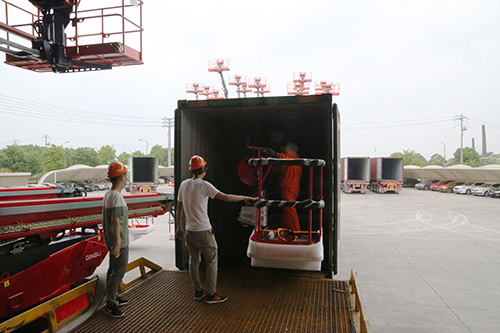 Can easily enter into container

'Service to the world'

Nowadays, in addition to the engine series, this year, Dingli’s electric series has also been timely launch.
In the future, with Italy as the entry point, more Dingli boom lifts will spread across Europe.
Service to the whole world, Dingli boom lifts series is coming!